Artificial intelligence describes a human-initiated and computer-based intelligence. The Internet and adaptive algorithms play an important role. AI is the common abbreviation of this term.

We work with it every day. It now even determines what we consume, think, know or perhaps even feel. And yet, very few people actually know what the Internet is. The word “Internet” is derived from the English “Inter+network”. A network that establishes a common connection between many computers. Each computer can connect to any other computer.

The origins of the Internet go back a long way

When the first households and companies installed their own telephone systems, the world suddenly grew much closer together. At that time, you had to be connected to the other line via a central telephone exchange in order to call someone. Each telephone had its own fixed address, so the employees of the switching systems could connect the plugs with each other.

Why the Internet was developed

At that time, universities and research institutions wanted to exchange information faster and more efficiently. Back then, there were still mainframes that filled entire rooms. The first Internet thus emerged from the networking of these mainframes. The fact that it had a purely military purpose is only a legend. 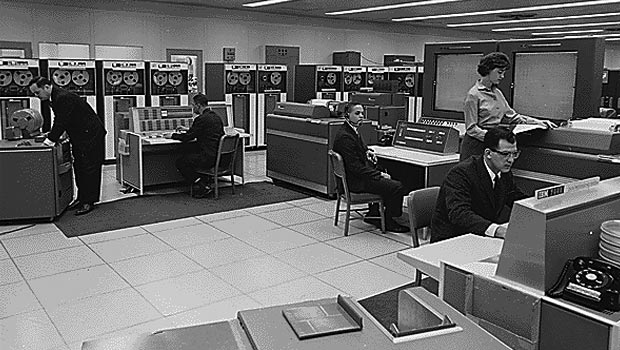 How has the Internet developed so far?

Web 1.0 describes the beginnings of the still young Internet. It stands for the collection of websites that were completely connected by so-called “hyperlinks”. In general, Web 1.0 was about static websites that did not provide interactive content yet. A hyperlink is a simple link that redirects a user to another website.

Web 2.0 is also often equated with the beginnings of social networks. It describes an environment where non-experts, user-generated content, and media could be made available in a simple and uncomplicated way.

The threshold to the third generation web has already been crossed. The web is becoming more networked, more open and more intelligent. It becomes a seamless and interoperable whole. Semantics, the meaning of signs, will play an increasingly important role. The Internet will become a gigantic database that will hopefully be equally available to everyone.

The future is Web 4.0! No it is not science fiction, it happens and it is a natural process

Signs that we already notice today when we talk about artificial intelligence and smart chat bots. In the future, the Internet will provide intelligent assistants, who search and find information for you. We are also talking about the new “Web OS – Operating System”. Perhaps the Internet is the birth of a higher intelligence that might enrich our lives.

We determine ourselves what we make from it. For this reason, digitalization should be taken more seriously. You have to deal with it or decide to stand still and wait and see what happens.

We may request cookies to be set on your device. We use cookies to let us know when you visit our websites, how you interact with us, to enrich your user experience, and to customize your relationship with our website.

Click on the different category headings to find out more. You can also change some of your preferences. Note that blocking some types of cookies may impact your experience on our websites and the services we are able to offer.

These cookies are strictly necessary to provide you with services available through our website and to use some of its features.

Because these cookies are strictly necessary to deliver the website, you cannot refuse them without impacting how our site functions. You can block or delete them by changing your browser settings and force blocking all cookies on this website.

These cookies collect information that is used either in aggregate form to help us understand how our website is being used or how effective our marketing campaigns are, or to help us customize our website and application for you in order to enhance your experience.

If you do not want that we track your visist to our site you can disable tracking in your browser here:

We also use different external services like Google Webfonts, Google Maps and external Video providers. Since these providers may collect personal data like your IP address we allow you to block them here. Please be aware that this might heavily reduce the functionality and appearance of our site. Changes will take effect once you reload the page.